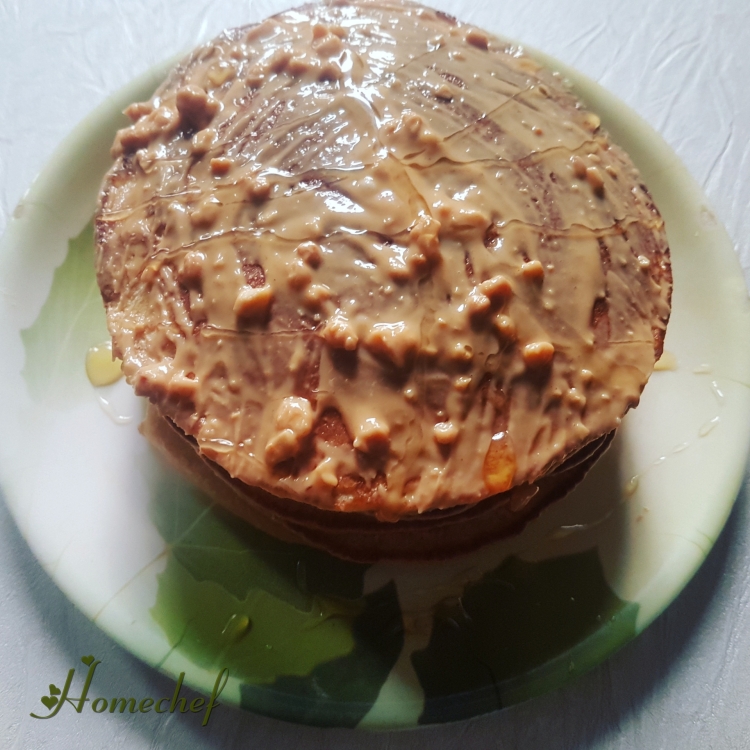 Dora cake is a popular pancake made in japan known as dorayaki.

Dorayaki are pancakes named after it’s shape that is a replica of dora (Japanese name for gong). The fluffy pancakes are like sandwich where a mixture of bean paste is used as the filling but here i have given my own innovation by using peanut butter and honey. You can even use chocolate spread or any flavoured jam.

Its a very easy to make breakfast and snack recepie; do try it !

This site uses Akismet to reduce spam. Learn how your comment data is processed.